"Then the LORD reached out his hand and touched my mouth and said to me, "Now, I have put my words in your mouth" (Jeremiah 1:9)

I am, by nature, a quiet unassuming person. I do not like confrontation and I do not like to be in the spotlight. I am not witty and I am not an eloquent speaker on my own. However, I know that I am not on my own. The Lord has given me the words to speak. He has placed them upon my heart and overflowing from my spirit. They are in my mouth, on my lips and in the forefront of my mind. These words are ready at a moments notices to teach and preach the word of God.

I am reminded of two instances in the book of Acts when people spoke as directed by the Holy Spirit. No one could refute what they were saying because it was evident that they spoke on behalf of God. The first instance is in Acts 4. "When they saw the courage of Peter and John and realized that they were unschooled, ordinary men, they were astonished and they took note that these men had been with Jesus." ( Acts 4:13 ). Both men were blue collar fisherman from an area of Galilee that was known for being uneducated. When the crowd looked at them they saw common men with no educational advantage, they considered them ignorant. However, when they heard them speak in Holy Spirit they took notice that these men had been with Jesus. The change was evident.

Secondly, a few chapters later Stephen was brought before the Sanhedrin on false charges. In reality it was because they couldn't overcome him with their arguments. The Bible says, "but they could not stand up against his wisdom or the Spirit by whom he spoke." (Acts 6:10). So they roused the crowd to stone him to death. The real reason is because they knew he spoke the wisdom of God and they could not compete with that.

I am learning to operate in the Holy Spirit and in the revelation that he gives me. I am speaking and writing spiritual words that have not originated from something I've dreamt up. These words have been given to me by God. His promise to me was that He would give me the words to speak when he qualified and set me apart for this special purpose... to preach the Word of God and let Him perform it. 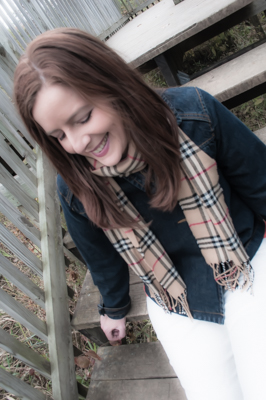 I’m passionate about Jesus, His Word, and living in His grace. I love using technology to create beautiful things—I'm addicted to coffee... Mostly my passion is about spreading the gospel of Jesus to a world that needs Him. Have I peaked your interest?